The newest addition to the Velobrico stable is an unusual Motobecane road bike.

I say unusual though at first glance it looks pretty normal. However a second glance invites a few questions… 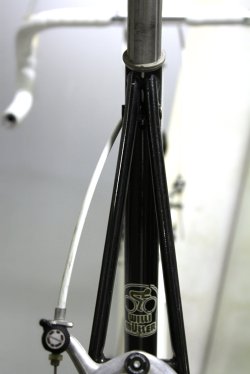 First off, from the rear you might notice the rear stays are particularly thin, aero indeed.

But then there’s front and rear mudguards and internal electrical cable routing for the dynamo powered lights (brazed on fork mounts).

Finally, the frame is larger than one typically sees (60cm seat tube length). And this all seems to be a stock set-up, not subsequent modifications.

So it’s effectively half urban commuter, half racer. Which makes for a bit of a confused identity!

To be honest, I never really cared for Motobecanes. Of all the major classic French bike brands, I always found them to be a bit humdrum and uninteresting. I’d always more fancy a Peugeot, or a Mercier. 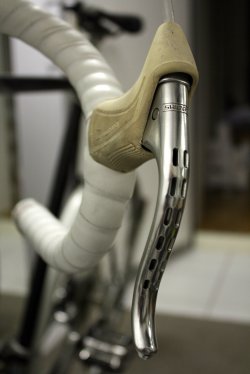 Nonetheless, if you want to find info on a Motobecane bicycle, there’s an obvious place to turn. Except… no French website, ad site or forum would yield any info, or even a photo of a Motobecane Eclair…

No vintage Motobecane brochures I sourced contained any evidence of the Eclair. Though they do show very similar frames, also labelled as “inexternal brazing, lugless”.

The first appearance of this technique is in the 1982 catalogue, showing a “Profil” with internal routing and aero rear stays, similar to the Eclair.

So, a little more detective work was required. Starting with the apparently original parts, the bike has: 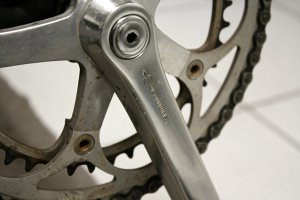 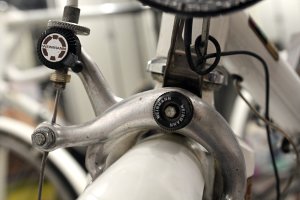 So the parts strongly suggest the bike is from 1986, but it made no catalogue appearances, and I can find no evidence of it ever having existed in France. A mystery indeed!

Which is in keeping with this bike’s chimera identity: half electric (racer), half oblong doughnut (commuter)…

It looks like some more detective work will be required. Watch this space and follow me down the rabbit hole.

So, what do you think? Cancel reply 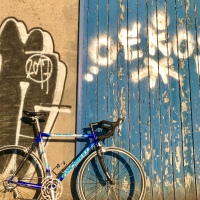 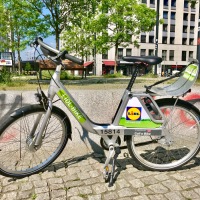 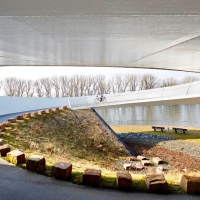 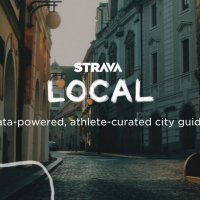